As the Jeep zoom past the hostel, streets, city, Avina came back to the present moment. Her team passed her a tab with Ajay’s picture on it.

(Read here about the events that have brought us till this day the valentine day when the love is about to take the centre stage in this story.)

“Mam, its confirmed and you were right. All the girls are being smuggled from Kashmir. Aalia was placed at one of your marked hostels there and she was picked exactly as you expected.

We still don’t have a full list of all hostels, girl and child shelters, orphanages that are involved but here is the list of confirmed suppliers.

Avina kept scrolling screens and identified most of them from her previous visits to Kashmir. She entered her access code to file with Ajay’s picture and opened the folder of about 500 files.

“These are useless. His locations are not identifiable. I saw his men they are very efficient in clearing up spaces and moving to a new location won’t be tough for them. We need to contact his marker. He is the only person who knows the current location. Get in touch with our informer again. Ask for a setup today. We need to get Ajay right now. He is emotional, unprepared and clueless about what struck him. Get Overwatch on call.”

Avina was looking lethal and her tone completely brutal.

“Jai Hind, Sir. We will extract him today in next 6 hours Sir. I need 50 men ready with 10 jeeps and 1 bomb squad too Sir….. No Sir, If we wait this time then we will never catch him. It has to happen today and it has to happen now.” Said Avina.

After two minutes of conversation on the other end. A response comes in “Go ahead Avina.”

Without waiting any time all the people in the Jeep started getting ready. They had their bulletproof vests on. They stopped at a shop near an old closed petrol pump outside the city. They entered the shop and then walked to the storeroom and then down the staircase to another storage facility. It was dusty and dark. But everyone moved with ease and quite smoothly. They reached a dead end when one of the men pulled a big lever. It switched on the lights, opened the walls and suddenly the dusty storage room was converted to high tech secret facility. They all ran to the big ice cream container and opened it to load themselves with guns, bullets, grenade, knives and everything possible to fit on their bodies.

Avina chooses her favourite gun and magazine refills. She quickly laid out a hand-drawn map of the place where she was kept captive and explained everything to the officers around her. Avina was a field agent for the National Department of Narcotics & Human Trafficking. This department otherwise works from the desk but for the past 3 years has been chasing Ajay. And today the day has come on the valentines day to show some love.

Avina and others were met by 5 jeeps outside the petrol pump which followed them quietly till the rest of the party came in at the city junction.

He was falling asleep but Avina’s face kept him awake

Ajay was unable to sleep today. He was getting restless and today was the first time in many days that he wasn’t able to see Avina on the feed. He kept looking at the old footages of her and suddenly something unusual caught his eyes in the feed.

He saw Avina show a gun sign to the girl from the gate glass on the day Agastya was killed. It looked as if she was asking the girl to pull the trigger. he ran it backwards and forwards but that was just a one-second frame and nothing else. He was getting more and more anxious and so he called his men for the file on the girl who killed Agastya.

He started checking her details, her whereabouts in Kashmir, her hostel, her phone records, he SMS, her WhatsApp, her Facebook and in that time when he was checking the Facebook he found a common friend between her and Avina. He thought that would be outrageous. Further, he found few more common fake profiles for both Avina and that girl. He wasn’t liking what he was unravelling. He called his men and gave them orders to summon Avina immediately at any cost. He sent another group of his men to capture some of the security and staff from Avina’s office.

In the hospital now there were hardly 8 or 9 guards. Unaware of what was going to strike them they all were angry at Avina and her pretence.

Like the snake kills silently and slowly Avina and her team took out every guard and secured the whole hospital and its vicinity. All the exits were secured from outside. Gunman at every exit. Ajay saw her on the feed and this time he has fear in his eyes and she was spitting fire. She was holding the camera from the hospital in her hand and walking towards Ajay’s room. He sat there with his gun loaded.

In the next 5 minutes what looked like an animated dance between Ajay and Avina accompanied by occasional fires took its peak. Avina’s backup now entered the room and they captured Ajay alive.

3 years of a wild goose chase, 25 village-wide search, 30 research jobs for the last 10 years is what led to this capture. Avina and her team captured all of Ajay’s guards and sealed the whole area.

Only love can make this happen. Love for a nation that drove Avina to find who was taking away innocent girls of her country and corrupting it from within. Love for a woman that drove Ajay crazy for money and took him to this path of fame. Love for a pure soul that saved Avina in the form of Agastya. And once again it was Love that made Ajay weak and gave Avina the power.

Mathematics of love is complex as we start opening the pages of this book. One thing that makes sense is fall in love for sure as it gives happiness and brings a purpose in life. Love of self, family, nation and world.

This is the 3rd Part of the fiction. Remember to read all parts of this story.

‘This blog post is a part of the Petals of Love Blog Hop hosted by Swarnali Nath.’ 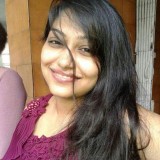 I had missed the second part of story, I think. but really like the crisp and bollywood style narration of story. end message was so perfect. indeed love has various shades and it brings out a different and new perspective in every one’s life.

I will need to check the first two parts and get back to this.

I am going back to the previous stories.. really need to know more on these two characters.. it’s gripping..

I love the title Mathmatics of Love. Very interesting climax to the action thriller tale, love has no limits and if it is for nation then it is feeling beyond the words.

This has to be a web series Urvashi. I couldn’t hold myself from reading part 1 & 2 which were gripping and part 3 has all the climax feels.

Very interesting how you have displayed the various shades. and kinds, of love. Intriguing read!

I felt like I was reading a film script and somehow imagines Mardaani’s Rani in Avina’s place. Love for the nation is a feeling that many understand but few act on. Hats off to our committed officers like her!

oh ya.. that was a wonderful movie

Glad you enjoyed it

Wow, what a beautiful story of love dear Urvashi. Beautifully written, loved the plot and the twist at the end. What a nice storyline dear. Loved and enjoyed reading the story. Thank you so much for joining us in the blog hop. I am grateful to you dear. Best wishes dear. ❤❤

I had read the first part of the story but missed the second part… Will go back and read that. Good to know Avina’s plan and the story ending… Nice thriller 🙂

Mathematics of love is complex indeed. Liked the flow of events describing how Ajay started surrendering to his feelings (part 1). Again, Agastya’s love (for Avina) and Avina’s love (for her country)got divided and multiplied many times to form new equations. Enjoyed reading the story.

Thanks so much Navita

I liked this Bollywood flick kinda story thrilling with action, suspense and adrenaline rush. I’ve read all 3 parts of your story and they made a complete sequel starting and ending at “what if’s” and tenterhooks!! Kudos to your storytelling efforts!!

This can be a script of a next series over Netflix. Beautifully penned.

Waiting to watch on Netflix. Your writing is so very interesting.

Loved the filmy style narration, Urvashi. Interesting plot. Will check the other parts too.

Here’s a shade of love less talked about. I really enjoyed this narration, Urvashi. Love the filmy touch of it.

Wow had read the previous part and this too was amazing.. hope it gets made into a motion pic … Waiting.
Deepika Sharma

Great narration. I loved how you sketched your characters. Enjoyed reading the story.

It was a very unique take on the prompt and I loved the title a lot. It was like watching a movie. Very nicely written 😊

What an interesting plot Urvashi. I actually went back to the first 2 posts and read this one again. What an amazing end with so much twists and turns. It was as if I am going through a fast paced, suspense series. Love for the Nation is greater than any other relations. Hats Off to you for writing this amazing series. Indeed the mathematics of love is complex!

thanks a lot Amritha. your encouragement means a lot to me.

I really want to thank you for taking your fiction forward as I loved the story before and I love it now. I hope I will be reading more from you soon.