Mehndi is every bride’s favourite accessory.

The colour and the smell of mehndi is like a drug.

If you have seen any Yash Raj movie you would know how important is mehndi for an Indian bride.

Every bride gets her mehndi function and I got two. Yes, I had two mehndi functions.This function is mainly for all the ladies of the house, bride and groom. But there are no restrictions so all are welcome.

Since my wedding was going to be in Jaipur, my relatives in Bhilwara, our home town, were quite upset as no functions were planned to happen there, so, my dad agreed to host a Mehndi Shaam and dinner function.

He had arranged Rajasthani seating, musicians, skit performers and dances. A group of mehndi artists was hired for putting mehndi to everyone.

There was special treatment with fresh flower gajra, bangles in a batua and a box of Shaadi ka ladoo which was given as a token of love and gratitude for attending this function in Bhilwara.

All my Pinterest research worked well. Head over for the vast collection of pins.

My sister was going to join us in Jaipur but due to this sudden new plan, I wanted her to be with me. I did little drama I must confess. My dad arranged everything just so that she can come to Bhilwara. She reached an hour after the function began.

The smell of mehndi for me is like Red Bull which gives me instant freshness and energy.In the very tiring eventful week of festivities, a few things like music, mehndi and food helped me relax and fill up the lost strength.I and my sister both are crazy fans of mehndi.

There are so many types of bridal mehndi but I have always wanted the marwadi style mehndi on hands and feet. I also got my husband’s name written on my hand in mehndi. Using my celebrity status I wanted to get the best mehndi for myself. I wore lehenga, flower and gold jewellery for this mehndi function. I wanted to dance as well but with menhdi still wet I could barely move my feet.

It took almost 5 hours to get my mehndi done. And sitting this long was challenging. I was ready to sit longer if I had to just for the mehndi. Thankfully the ladies who came for putting my mehndi asked to set up my seating next to a wall for back support.

We also had one more mehndi at Jaipur wedding location for all the rest of family members and friends. This was a full day affair but other functions like haldi, hathdaan, kalash were going on in parallel.

The lavish wedding ceremonies were my dream. I am grateful for everything.

Some folk stories say the colour of mehndi tells the love of a husband for his wife.

A funny game for the wedding night for the bride and groom is to find the name written in the mehndi. I got the alphabet written separately and only I knew where it was. 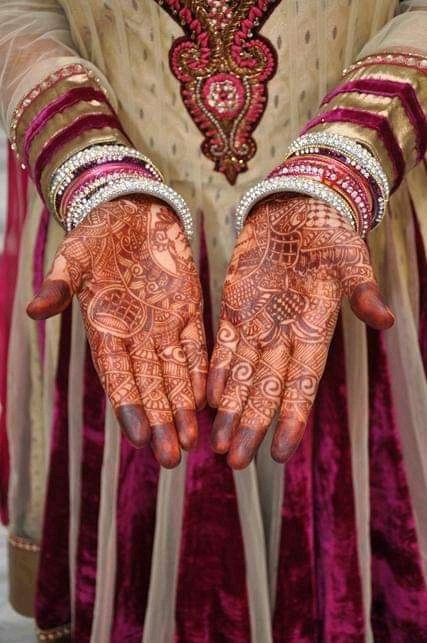 Think positive and be happy!!

A workaholic turned mummaholic. In search of a sacred space and power to spread happiness and positivity. Write to me at damuru516@gmail.com View all posts by Urvashi

everything that happens to me is the best thing th